B103 and Otoe County Country

River Country’s home for thirty minutes of continuous country and the no-talk triple play – Today’s Best Country, B103! Playing the most music and having the most fun with giveaway everyday on 103.1 FM and b103.fm! B103 serves southeast Nebraska, southwest Iowa and northwest Missouri with the most up-to-date local news, sports and weather. Featuring live play-by-play of Nebraska Cornhuskers football, and high school football and basketball. Find us on Twitter,  @B103_FM, and on Facebook.

Otoe County Country is as old as dirt – no country music younger than Dec. 31, 1989. Your continuous country favorites play in Nebraska City and Otoe County on 1600 AM, 105.5 FM and online at ncn21.com. Featuring local news, sports, weather, along with high school athletics, Peru State College sports and the Nebraska Cornhuskers. Find us on Twitter and on Facebook. 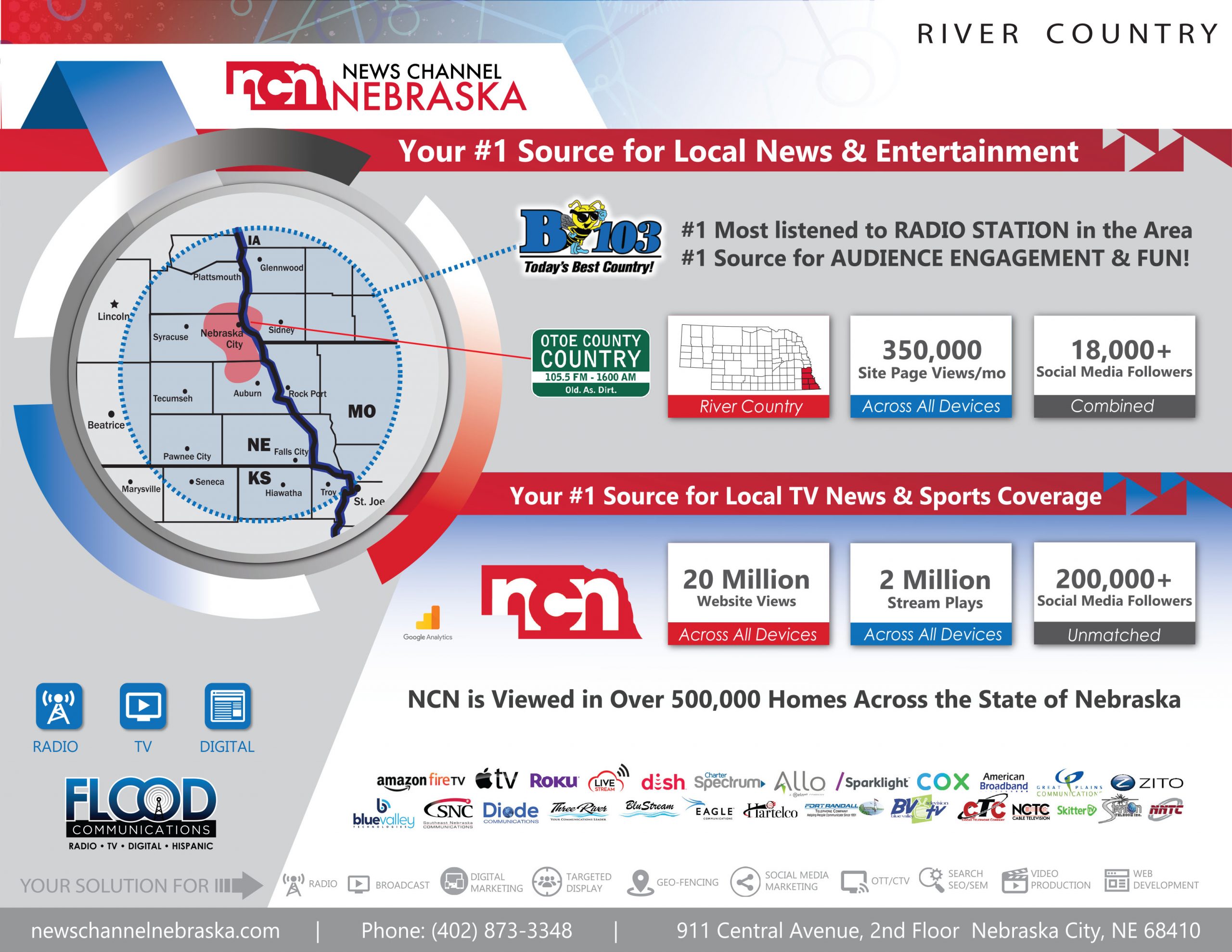